Like so many east coasters, I grew up ski racing.   Membership in the Killington Ski Team meant that my family had a legitimate reason to spend every weekend skiing.  Any small amount of success meant that I could justify taking Fridays or Mondays off as well.  Commitment meant that my dad and I could ski & practice drills at my home-home mountain after school a couple nights midweek.  For my dad and I, ski racing was always an excuse to ski.  And we couldn't get enough.  We would race through elementary school and high school and, later, a little college, traveling around mid-Vermont and later New England, experiencing the differences in the ski areas, learning their distinctive individual histories but marveling at a commitment to ski racing that was the same everywhere.  For me, the East was simply a collection of ski areas.

We grew up gathering the stories of the great skiers of Vermont, but we never saw them.  Not one.  I had posters of Diane Roffe Steinrotter and Julie Parisien hanging in my room, but I never saw them.  I knew they existed, my dad & I watched ski races from around the world on television and our coaches spent hours analyzing their technique in the media room, but we never saw them.  My calves were so skier huge, that my ski shop was stoked to special order me a pair of Julie Parisien's black and pink boots from Rossignol, but that was as close as I ever got to seeing my heroes.   Growing up, I thought the tough and dedicated East Coasters just must not love ski racing as much as Europeans and West Coasties.  World Cup ski racing was a dream, something that happened far away across the world in Europe and Colorado, where people gathered wearing fur and $2000 jackets to cheer on their athletes while the nitty gritty ski racers of Vermont just ... well, we just weren't.

This weekend, over 30,000 people from around the East Coast proved to the world what we have always known, here, in Killington and Vermont, deep down inside.  No one - and I mean NO ONE - loves skiing more than us.

I could feel myself shaking as we pulled out of the house on Saturday morning.  The boyfriend and I were practically sailing as we speed walked up the Killington Access Road, too excited to wait on line for the bus, and we simply stared at OUR venue.  Superstar, the trail we ride all spring long, on which I got my 200th day and the trail my dad always claimed was his favorite, was awash in the blues and reds of ski racing.  Even though we'd been watching all the hoopla be installed over the past few weeks, it was nothing compared to that walk.  I listened to foreign accents analyze both the course and the hill, speaking of my home mountain with an awed respect. The biggest blue Killington banners I had ever seen hung from the back of the grandstands, shouting MORE everything.  There was an insane line for bag inspection and security guards everywhere.  Everything and everyone seemed to be buzzing with excitement.

So we went skiing.
We rode the Snowdon Triple and the Poma, the home of my ski racing career and the lifts on which I have spent more of my ski life than anywhere else.  I can ski the fallaway left on Upper Bunny Buster with my damn eyes closed.  As the trees broke at the top of the race trail, Highline,  I turned to the left and saw it.  World Cup ski racing in all its glory while we sat on the old AF Snowdon Triple.  The beauty of the moment, the simplicity and the magic of it all.  We listened to the names of Vermont's historic ski clubs being read as their young athletes paraded into the arena.   My history of Vermont all rolled together in one blurry moment.  It was the first time of many that I would find tears in my eyes on this day.  We tried, but we couldn't stay skiing any longer - we had to go to the races. 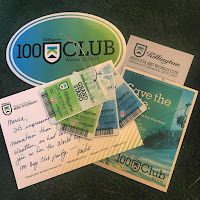 As members of Killington's 100 Day Club, the BF & I found ourselves high in the grandstands with an amazing view of the famous S.  And waited.  And people watched.  The familiar logos of the mid-Vermont ski areas mixed in with ski clubs from around the East Coast that I had no idea even existed.   American flags were swung by zealous fans alongside the flags of ski racing countries like Sweden,  France, Norway and Switzerland.  They were here.  My eyes were huge, watching the long line of fans down the access road as thousands of people incessantly streamed into the venue and filled in every inch of space at the bottom of Superstar.   As a community, we had hoped for 5,000.  As the day went on, we heard stories of anywhere from 16K to 25K people had made their way to this historic event.  To see this many people as excited and pumped to be there as I was ... just plain damn awesome.  If you live close enough and love ski racing, you showed up.  Period.  The day was beginning to becoming surreal and we watched with awe as our home became the epicenter of the ski world.  Just. Like. That.

And then the race started and the crowd rose up with a roar never heard before in the United States.  We knew that.  Everyone in that crowd knew what was happening on this day.  Every person there had grown up watching the piddly crowds out west get outshone by the enthusiasm of Europeans for their favorite racers.  We knew that we were making history, that we were making a statement, that we were showing the world what skiing means to us.  It didn't matter what county the lady racer hailed from, we respected their commitment and dedication to the same love that we ourselves shared.  And so we would cheer.  And for the first time in my lifetime, we would cheer together.  As Vermonters.  As East Coasters.  So very proud of the ski world we live in and for the first time in my lifetime, we were able to gather as one and show our love of skiing and ski racing to the world.

As the first racer descended the course, tears openly streamed down my face. I tried to hold the tears back and I heard the BF ask, "Are you crying?"   I started to bristle and then turned around to defend myself - and didn't need to.  My full-bearded boyfriend had tears in his own eyes as he enthusiastically jumped up and down with the crowd.  I looked around and saw tears in the eyes of almost everyone.  The moment was understood, the suffering was over and huge sense of relief and glory filled with air.  The day continued with  so many greetings of "Happy World Cup" it was impossible to count.  Huge bear hugs held so much emotion it was hard to let go.  Later that day, we would share this story with Killington President Mike Solimano.  He took a deep breathe and laughed, relieved to know he wasn't the only one. 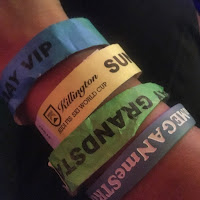 I don't want this weekend to end.  No one does.  I don't care that after watching the races, we had to run down the access road with our skis on our backs to our restaurants shifts, sprinting the entire time we were there, and then head to the nightclubs to make sure the party didn't fade away.  My friends and I have been laughing about how we can't get enough; I have read every article, watched videos over and over again, grabbed at every photo and refused to remove my grandstand bracelets.  We keep rereading quotes from the lady racers, like the U.S.'s Mikaela Shiffrin and Canada's Mimi Gagnon calling us their favorite venue, the best crowd and how they can't wait to come back to compete on their home snow.  No one wanted to leave JaX late Sunday night, as we celebrated the amazing wave we had just ridden.  Exhausted smiles stretched ear to ear on everyone's faces, but the blurry and red shot eyes told the story of a family that hadn't slept all weekend, that was riding on their eleventh or twelfth boost of energy and was going to sleep all day on Monday.  Every single person, whether an employee, volunteer or fan brought everything they had to this party.  Not because its our job or our duty, but because Killington, because Vermont, because the East Coast loves skiing.  And it showed.

Thank you so much to Mike Solimano, Jeff Temple, Chuck Hughes, Tiger Shaw and all the workers, volunteers and fans who showed up and made this little girl's dream come true.  We showed the world that the spirit of the skiing and the mountains is alive and well in Vermont, winter's original state.