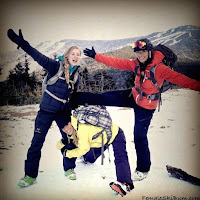 This weekend, the best women skiers in the world will gather in Killington, Vermont for the 2016 Audi F.I.S. Ski World Cup.  As the "White Circus" rolls into town, the strength and technical skills of women will be on display in Vermont for the first time since 1978, and on the East Coast since Julie Parisien won gold at Waterville Valley, NH in 1991.  Finally, as global warming threatens almost all early season ski races across the world, Killington Resort is able to do what we who live here have always known they could do: put on the greatest display of man-made snow ever seen in the history of skiing. 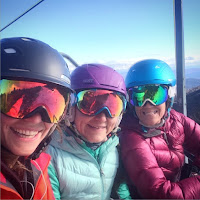 For the past month, Killington locals have been watching in anxious anticipation as our snowmaking team demonstrated why it is considered the best and strongest in the world.  Our groomers have two new piston bully winches that have been running virtually non-stop for over a week while the rest of the mountain ops team has been diligently building a world cup level venue at the bottom of the trail now famous worldwide, Superstar.  We continue to prep for what will be the most stunning weekend in Killington's storied lifetime, an event that will undoubtedly make the hey day of the Bear Mountain Mogul Challenge seem like a pee wee football game. 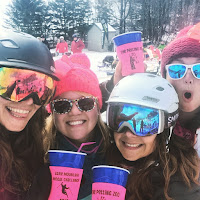 Nothing happens in a bubble.  Even as over a foot of snow falls to cover Killington in a much needed blanket of white and we enjoy the fun of powder skiing this week, I cannot help but think about the chaos that has embraced our nation over the most recent election.  Over the past 18 months, the increase in public displays of misogyny have left many women feeling depressed and frightened, as if the ascension of this new President will return the United States to the eras of smelling salts or poodle skirts. 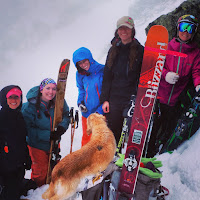 But this weekend, the best women skiers in the world will gather in Killington.  They are coming to compete, to watch the race with their mothers, daughters and ski sisters, to celebrate women in skiing and in athletics.  This past week has been filled with revelation amongst my ski sisters on the hill: This weekend isn't just about the amazing sport of skiing - this will be the first international event in the United States to celebrate women athletes since the election.  Even Michaela Shiffrin, the top ranked woman in slalom, was quoted in the Connecticut Post as saying: "My grandma, she is 95, I think is coming.  I hope she will be able to go.  That would be amazing."  This event will showcase women performing at the highest level of competitive sport. 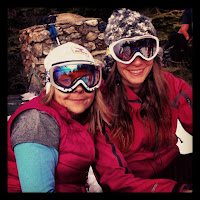 Not once, in any article or interview, did any one question the ability of these women to completely dominate on what will basically be a vertical sheet of ice.  I have not heard a single snort of disdain for women thinking they belong in a man's world, no derogatory comments about women wearing skin tight clothing in order to do anything but ski faster and cut the wind.  Videos on social media demonstrate the intense and difficult training these athletes participate in rather than how cute or sexy they look.  In fact, I have heard more worries from high level ski friends who are slipping the course that they can get their edges sharp enough to not slide down the whole thing and embarrass themselves in front of the ski community across the world.  Without question, these women are accepted as strong & powerful. 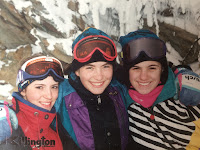 As I sit here writing this, I am wearing a sweatshirt that reads "I know I ski like a girl ... try to keep up" that was given to me by my non-skiing mother-in-law and a mug filled with hot chocolate (what else) that reads "Ski Chick," "Girl Powder," and "Ski Like a Girl" while I write a blog called Female Ski Bum.  This past week, I found myself in wave after wave of strong women skiers who all hail from Killington, who aren't afraid of a little ice but are afraid of what will happen to this country in the future.  In my previous blog, I wrote how I used skiing to find my inner balance after the devastating news of the election.  I already have plans to meet up with my many ski sisters, near and far, in celebration of this weekend.  For me, this weekend will not just be about skiing, but also about healing the wounds, about calming the fears and about uniting the sisterhood. 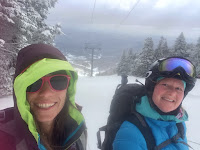 I'm not saying that one race can change the country, but it will sure as hell demonstrate to the young female skiers marching in the parade and watching the event both in person and on television, that women are strong, beautiful and intelligent.  This race will show the women who fought for equal rights in the 70s that women do not see themselves as less than we are.  But most importantly, it will demonstrate the sisterhood that is womanhood, skiing and athletics.  I cannot wait to see all the women of all different ages gathered together this weekend in the celebration of women in skiing. 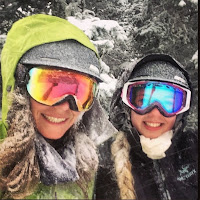 And not one person will second guess our right to be there.

I'm not saying that one weekend of ski racing can change the country, but I can pretty much guarantee one thing about this upcoming weekend:  You are going to see a lot of Pantsuits. 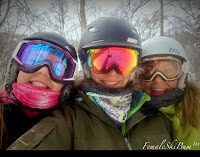 To all my ski sisters throughout the years who have made skiing so very special and shown me that women can ski - and be - anything,
thank you
xoxo.

May You Find the Spirit of the Mountains Within You,
FemaleSkiBum
#skisisters