One Final Fling with the North Side 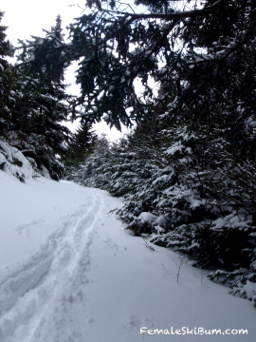 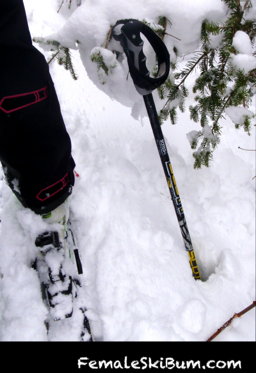 It was true!
Our beautiful mountain,
which had been so bare and exposed all winter long,
had finally received her thick blanket of white.
A nervous quietness enraptured the whole town.
Skiers and Riders alike were ironing on that final coat of wax.
No one would be out late drinking tonight.

Tomorrow was a Powder Day! 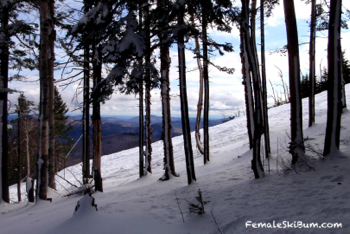 There was no base.
Everything had been brown the day before...
For most of the damn season actually.

What would be skiable, we wondered?
West Glade?
Needle's Eye?
Casacade?
South Ridge? 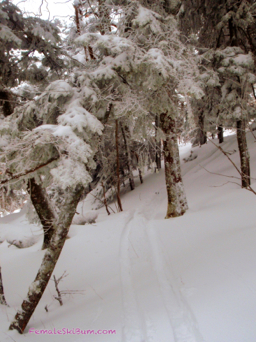 We were there for the freshies.
The ones we had been waiting for.
The trails we hadn't skied all winter.
The trees under whose branches we hadn't had to duck.
The powder we hadn't gotten to play in. 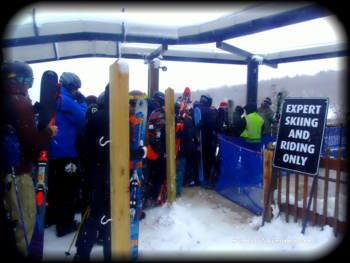 Our first run was an overzealous journey down...
Ovation!
Top to bottom,
Skier's right through the brush
Skier's left over the rocks

oh my goodness, Lower O how I had missed you!

There are years that we just do laps amidst your powder...
but to just get that one magical run was all I wanted this year.
Just one. 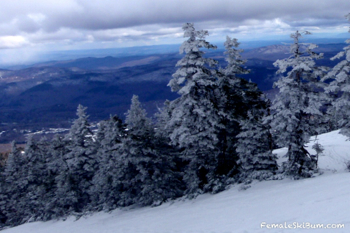 At the bottom of our first run, we looked around.
Everyone
- and I mean everyone -
was breathing.
HARD.
It wasn't because we hadn't even really seen powder all year.
It was because this was a spring dump.
The Easter Snow.
Do you have any idea
how HEAVY
how DENSE
how SOLID
that snow is? 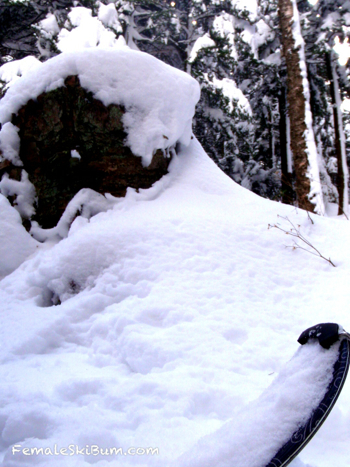 Everyone in the East says you have to be good to ski at Killington.
Well, if you were gonna get any of the fresh snow this week,
you had better be good.
AND
in good shape.

This was the leg workout from hell.
To move this snow was like squating your weight.
every turn.

my thighs were burning.
my calves were on fire.
my knees were starting to ache.

But who cares?
It's a Powder Day
in April
and they reopened the K1 for this!! 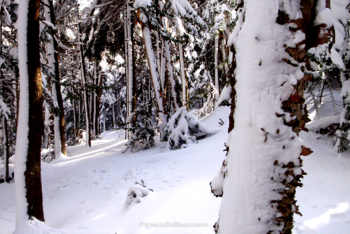 I had the best time!

There was no one to bother us.
All the seasonal workers had been laid off.
Patrol had cleaned up the ropes on the north side of the mountain
(we actually had to ski over a pile of them at one point)
It looked almost as if the mountain had been abandoned for the season. 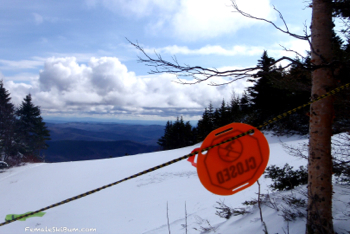 It was the mountain of my dreams. 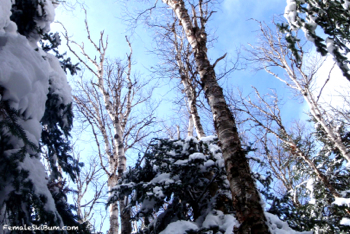 I skied Double Dipper for the first time this winter.
it was like the Dipper of old.

One of my buddies came crashing into the waterbar and yells:
"What the hell? This waterbar is huge!"

I laugh,
remembering sliding down this trail when I was like 12
head first
straight into the very same Dip
and into my instructor's ski boots.

The REAL Double Dipper
the one that we only got to ski during a good snow year.
Before trails were lined with low e tower guns.

When only a snowstorm could lower the rope. 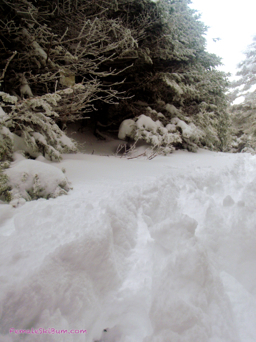 And for once,
in Killington,
nobody bitched about having to hike.

In fact,
for the first time in my memory,
a true boot pack was created.

There were actually quite a few of them
;)
and it wasn't just the usual suspects.

Those that were willing to hike.
We got the freshies.
The snow that hadn't been touched by anyone
it only arrived last night. 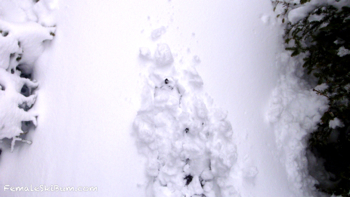 And when all the easily accessible trails had been claimed,
we threw on our skins. 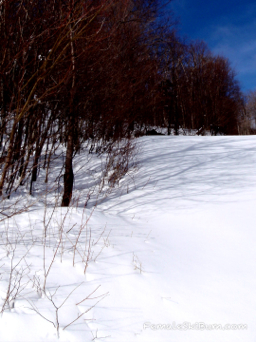 Everyday
- all week long -
we had a chance to say goodbye to all our favorite trails
to remember the magic of powder days gone by
to bid a fond farewell to a season that was all about loving skiing
about believing in skiing
about just being a skier. 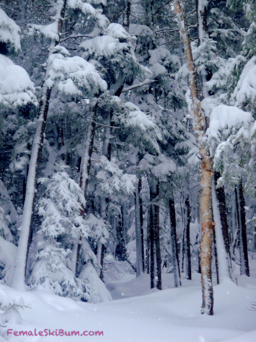 One week later, we were back to basking in the
eighty degree sunshine on the Superstar Quad.

There was no snow on trails that we had been deep in pow only seven days earlier.

Had it all just been a dream? 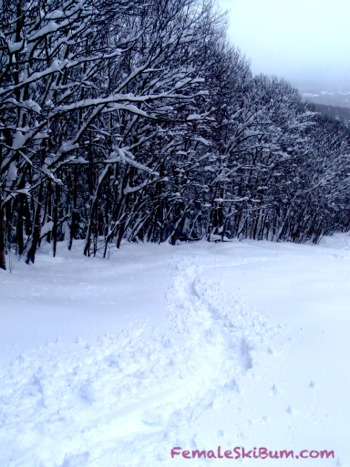 Many, Many Thanks
to Killington Resort and her job-sharing employees
for reopening the K1 for one last fling in the powder.

To see veteran snowmakers and lift mechanics checking tickets & running lifts so that I can have a few more days in the snow is a gift I will not soon forget.

It was truly a magical week for anyone that skis or rides Killington.