For many, spring marks the rebirth of nature from her wintery grave. For skiers, it is a time to celebrate all that has come to pass over those same cold months...and all the winters before. This year marks the first time in many years that I am home, in the house of my childhood, for the spring holidays. So instead of making turns on snow I am forced to journey back to where much of my ski life began: 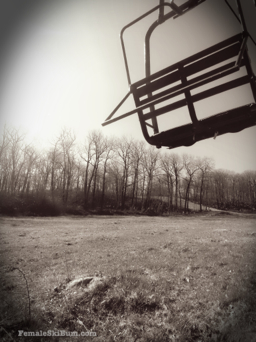 Every Thursday after lunch, our entire elementary school would pile into the bus. We were Goofy looking kids, clad in day-glo jackets and with jeans tucked into our ski boots. The teachers tried to organize our chaotic mess of Ski-Tote gathered skis & poles into the bus and off we would go.
I remember the first day I was old enough
- A big time third grader -
and I made the mistake of wearing ski pants.
Man, I was such a loser! 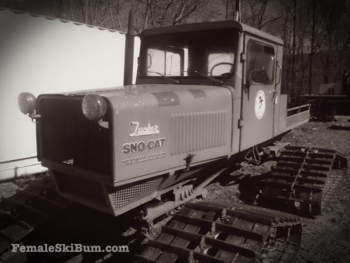 I wanted so much to be like the older kids...
they were learning how to keep their head still while their upper body wiggled underneath them.
I wanted to be like the cool kids...and bomb straight down Rainbow.
I wanted to ski backwards,
holding hands with no poles,
or
in a ten person long snowplow train all the way down Bunny 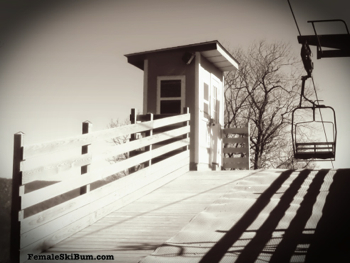 We were the Late Group.

After all the other kids took the bus back to school,
we stayed late.

The lights turned on
and Sterling Forest became our magical playground. 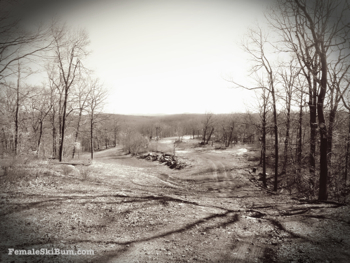 At least until the guy at the bottom wanted to see us.

How were we supposed to know that you could bounce the chair off the tower just by having everyone swinging their skis simultaneously?
Or that by jumping off the lift you were messing up the cable? 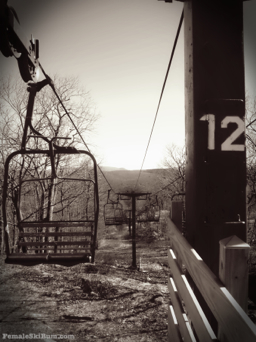 But we did know that there were no lights on the Tiger Double Chair.
It was pitch black.

Which meant it was the perfect place for screaming and singing as obnoxiously as humanly possible.

Or for riding with boys. 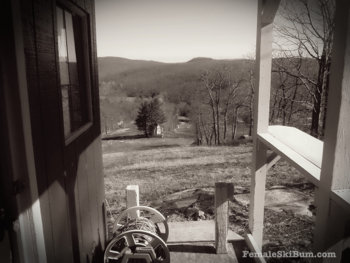 I could hear the noise as we stood on line for the weekly Nastar Race,
a whole bunch of innocent kids with red coca-cola bibs made of some supposingly "rip-proof" paper. At first, we wore it around our overly puffed jackets of the eighties, but then you couldn't see how kick ass they were. So we had the epiphany to wrap it around our shins. Sooo much cooler. 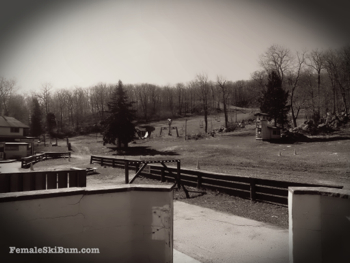 But then it was quick down the Racing Trail for some tin foil wrapped burgers and fries and a few rounds of Frogger in the video arcade while the high school kids began to arrive for their gate training. Oh, we could have kicked their ass if they had let us little kids race them...but, nooo, we were too little. So fine...we were cooler skiing Bunny backwards anyways. 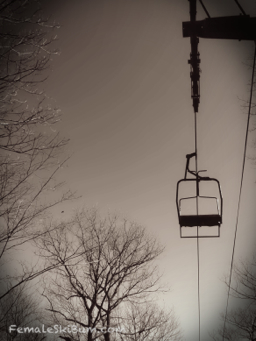 As i walked around today, there were so many familiar smells and visions and memories that just came flooding back...but then i saw it...something that I had never seen at Sterling before. Between Tiger West and Tiger, there was something so exciting,
it practically screamed at me...
A NEW TRAIL!

A reason to come back and give the old stomping grounds another spin...
besides, I haven't jumped off a chairlift in a while ;) 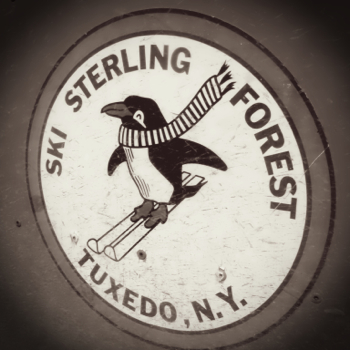