The Epic Beginning of Winter

on October 31, 2011
As Halloween arrives, so has an absolutely phenominal beginning of the winter season. So much has happened so fast this week, I feel like I need to just take a look back just to get it all straightened out in my head. 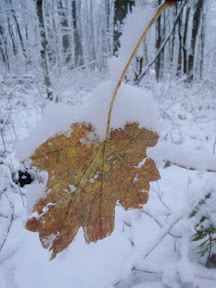 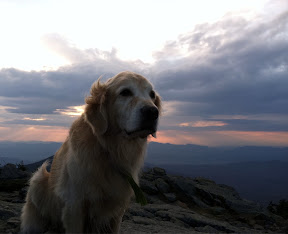 MONDAY: The Bitch Kicks Ass
Last Monday afternoon, the family pedaled to the peak for what we now know was our final summit pedal of the season. I remember remarking that I had never pedaled over snowmaking hoses before and wasn't that a treat. Little did I realize that less than a week later, those hoses would be full of snowmaking magic. 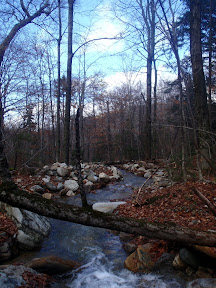 TUESDAY: You Should Have Come With Us
I had been a little riled that I wasn't able to take pictures while pedaling, so the next day I went to on one of my favorite winter hikes that I rarely do in the summer. And I went by myself. And the amount of muck up to my knee reminded me why. My mind drifted from walking amongst the hunters to thinking about how sick that line in the woods was going to be this winter. In the end, this hike ended up being so absolutely beautiful that I wished he had come with us. 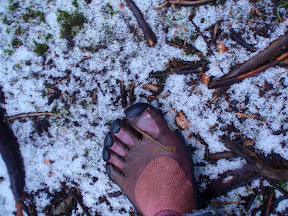 WEDNESDAY: First Snowfall of the Year!!
And then Wednesday morning, it happened!! Weeks of looking out the window finally resulted in white stuff on the top of the mountain! At this point, I didn't know we would be getting ove a foot over the next few days. The excitement of just ANY snow at all made this day amazing! I was so stressed that I was going to miss the snow. Ha! Tht sounds pretty funny now. Worried about missing half an inch when so much more was coming. Classic. 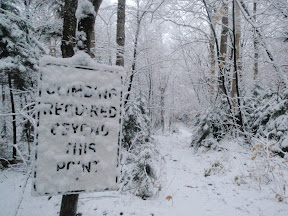 THURSDAY: First Tracks of the Season Go To...
If I thought Wednesday was magical, Thursday blew it right out of the water. A few more inches of snow and our world was white. It was so amazing, so wonderful, so perfect. Thanks to Jim Cantore, my blog and our weather made national news this day. I was a little overwhelmed, so a second evening was instore. Sunset from the middle of the snowy woods...gorgeous 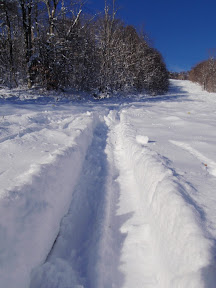 FRIDAY: A Girl's Gotta Get Her Morning Fix
So let's up the ante again - this time, with NINE inches of fresh powder. At this point, it's almost - almost - too much too soon. To go from nothing but dead leaves to wicked deep powder was like a shock. A few weeks ago, I claimed that we would be open for skiing this day, October 28th. I was off by a day, but lots of folks in town had been poo-pooing the idea that we would have enough snow for Halloween Weekend, but here it is!! 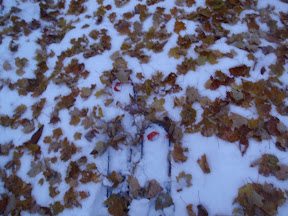 SATURDAY: OPENING DAY at Killington!
With a couple ski days under my belt, the mountain opened its lifts to the public. Working in the shop all day meant I had a great excuse to avoid the chaos of this event. Instead, I spent a nice quiet morning skinning through the newly fallen leaves and meet with my ski buddies for apres-ski instead. It wasn't till later that I would miss the joy and over-exuberance that so defines this special moment. It's very different to celerbate snow on your own than with hundreds of others that feel the same thing. The Joy of Snow :) 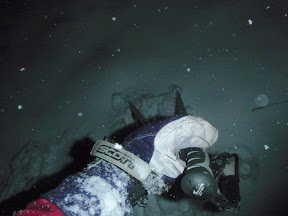 SUNDAY: Sleeping Bag? Check.
As our culmination of one of the greatest beginnings of a ski season ever, we strapped on our backpacks and headed up the mountain to get freshies for the second big storm in less than a week. Riding off the energy of Opening Day, the three hour trek to the summit seemed, well, exhausting. We channeled our enthusiasm for what would await us when we woke up in the middle of the woods.


This week was filled with so much energy, so much intensity, enthusiasm, excitement...I feel my body crashing slightly this morning, perhaps the adrenaline of first snows and storms is wearing off slightly. Or perhaps I just can't wait to get back out there this afternoon when the snow warms up and everything will be perfect once again. 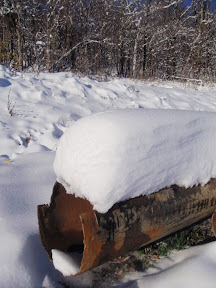 This was seriously the best opening to a winter one could possibly imagine.

May You Find the Spirit of the Mountains Within You,