on October 06, 2011
Relaxing at home surrounded by a dry bag explosion - all our canoe camping gear is now strewn about our one bedroom condo, drying out from our three day paddle trip to Lake Lila. 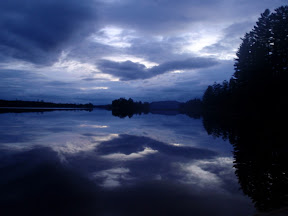 We started off the trip with about ten miles down a dirt access road, which looked like Upper Michigan on a good day, followed by a canoe carry. And when they say carry, they mean impassible for wheel rollers. Roots, rocks and step ups require lifting your canoe off the ground for the distance. Not bad, except when your canoe weighs 80lbs - empty. 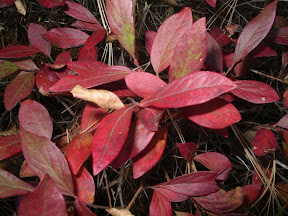 A quick cruise in the first night and we immediatly set up the tarp to make some outdoor liveable space around the tent. An entire day of rain was threatening for Tuesday, so we had come prepared. A 10x20 tarp, a few books and Maker's for me and Sudoku & Sailor for the BF. If we were gonna be trapped near the tent, we were gonna make the best of it... 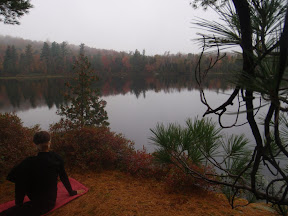 But Tuesday began with...no rain! While the BF slept in, I started off the day with a quick paddle around our private island followed by a serene yoga session looking out over the glass. So love when he sleeps in! 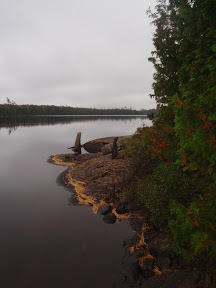 We set out after breakfast with our raingear in tow and ready to be pulled out at a moment's notice. Everybody's rain gear - including a poncho we had recently purchased for Vespi. You laugh now, but have you ever tried sleeping in a tent with a drenched dog who just wants to cuddle and get warm? 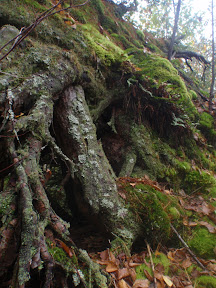 Anyways, it didn't rain until we were about half way around the lake, which meant we were already committed to a full day on the wate. But paddling in the rain is a remarkable experience. The waters calm down because the rain is usually driving them downward instead of crossways. And if you have the proper rain gear, you don't get wet and actually stay super warm & toasty. 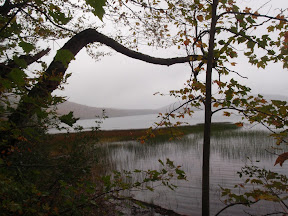 As predicted, Vespi was less than thrilled with her new raingear. While the coat definately lacked breatheability, she did manage to stay dry - even when it was pouring! We did take a break under the tree canopy at a campsite behind Mosquito Island on the far end of the lake After a couple hours paddling in the rain, you just need a break. 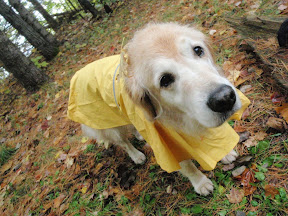 Thankfully, the rain also took a break and we were able to paddle the rest of the way home without hoods on :) All we could think about was the super warm dinner that was waiting for us back on Snell Island. Based on the forecast, we had decided to base out of one campsite instead of switching locations for the second night. That way everything would be dry when we got back to camp! 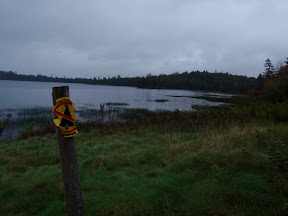 Went to bed early so we could be up for the sunrise - yep, I said sunrise - to paddle out to Harrington Pond. Initially, we had planned to canoe carry out to the pond, but upon arrival it was obvious that no one had been up there in quite some time. So we opted on just hiking in instead. 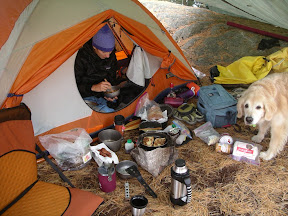 All this was after a kick ass breakfast of french toast made with challah! Happy New Year!! 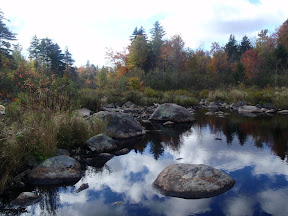 The beavers have been hard at work. There was a fairly good sized dam creating a tiered system of ponds - the BF was going crazy noticing all the fish everywhere while Vespi and I went rock hopping :). It was so nice to just sit in the warm sun...so on the way back we stopped off at campsite 5 which was a wonderfully sandy beach! 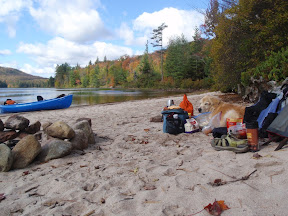 So while Aaron built a sundial, Vespi and I got lunch all organized and set up - our camping standard: peanut butter and banana sandwiches with local hunny. Nothing gets you through the afternoon paddle better :) With the sun shining down, we hung out on the beach for almost an hour, enough time for me to create a new activity for myself: PADDLE YOGA! 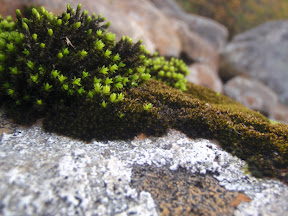 It's where you do yoga with a paddle, of course! 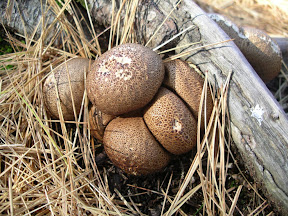 On our way back to the tensite, we noticed a rock surface just slightly exposed in the middle of the lake. I just had to stand on it - it was just big enough to yoga on. Well, at least I thought it was. I didn't fall in, but I was pretty close! 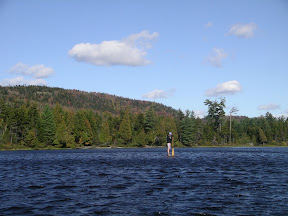 All in all, a beautiful trip to the adirondacks - love that my home of Killington is 3 hours from everything :) the perfect base camp for a life of adventures! 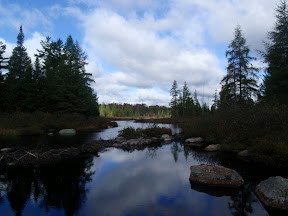