on August 26, 2011
In February, Vespi's fiance moved away to Philadelphia because his mom was going to New Zealand for a few months. And yes, I say fiance because one day he gave her a rock. I mean, he literally found a rock and while she was lounging in the back of the car with the hatch open, he presented it to her and she has kept it ever since. It was sooo cute. 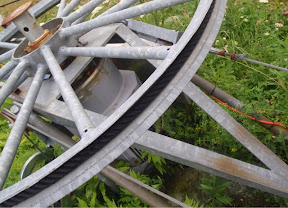 Anyway, Vespi super misses wrestling with Sully and running around on puppy hikes, so when we found out he was in town for a while...well, today my ski sister Jill, who is loving Sully for a few weeks, thought a romantic hike to the waterfall at Pico would be perfect. Well, that was not the initial plan, but it ended up pretty much that way. Vespi was freaking out from the car as soon as she saw Sully in the parking lot...it's Sully! It's Sully! and the running & wrestling began :) 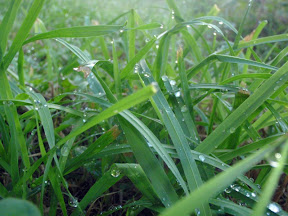 And of course, since we met up before work, the grass was still covered with dew. Which meant, of course, super wet - yet, super happy - dogs. She would roll in the grass, he would run at full speed, jump over her and then run around in circles at top speed. Then she would roll over on her back, they would wrestle a short time, and it would be off we go. They are really just too cute. 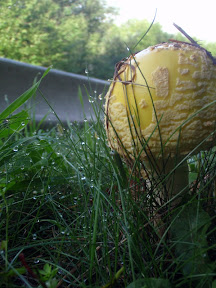 Does anyone know what kind of mushroom this is? 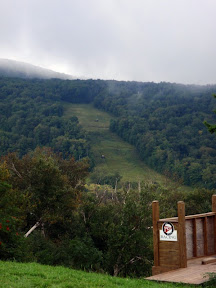 This was pretty neat - watching the mowers mow the main trail from the top of golden to the summit quad. The trail is golden something. I'm going to be honest. While I know my way around Pico, I have no idea what the trail names are. Sorry. 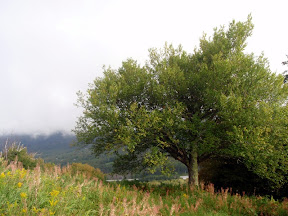 Look how pretty A Slope Tree looked today. This is one of my favorite trees of all time :) Every once in a while, you will see a hunter sitting beneath the tree, with their gun across their lap, waiting for the turkeys. Not today though - hunting season doesn't start until middle of October. 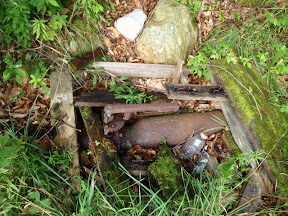 What is it? Concensus at the restaurant: this should be an old snowmaking pump. You would use the lever to prime the pump the my hand, like a modern camp stove. This is our theory, anyways. Any snowmakers out there care to chime in? 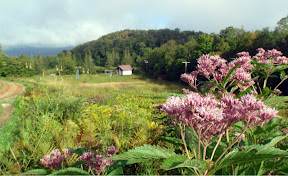 Loved the clouds in the valley below as we came around toward Outpost Chair heading toward the ponds. So getting up early has another advantage. Hmmm.... 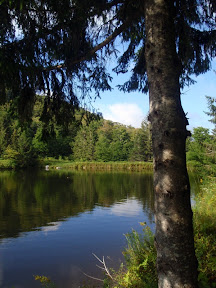