on October 31, 2010
Once the temperatures drop up on the mountain top, something magical happens. All of a sudden, against all of nature's intensions, a winter wonderland begins to develop amongst the trees and trails above 3000'. Men in hard hats and heavy ear protection scurry back and forth between the Great Metal Dragons that line the trees, shooting forth the white-ish blanket that creates a ski bum's dream come true :)

My dad was up for the weekend and his only goal was a pilgrimmage throught the muddy & half-frozen snowcat tracks to the snowy wonderfulness. Even though the mountain is probably opening soon, it was important for him to get up and see the landscaping improvements - of which there are so many this year - before they are covered! It's going to feel like such a snowier winter because of all the trail regrading and pipe replacement that's been going on all fall. Plus, he wanted to check out what kind of snow they were blowing - and if it was skiable yet! It's that super sticky and yellow snow with a white lace on top, which builds an awesome base but is a little trecherous for a smooth descent. ;)

But the greatness is coming. We watch the traffic on the mountain increasing every week. A month ago, I felt as thugh I had entire mountain to myself, but today my pack of two humans and three golden retreivers ran into six hikers, a patroller on a 4-wheeler, three snowmakers getting picked up by their supervisor in the suburban and the head of patrol racing up to yet another meeting. Pretty soon the Winter Wnderland will be complete and I won't be able to count how many people I run into on the mountain.

Thank you Mother Nature, Krom, the Snowmaking Fairy and all your amazing snowmaker minions! 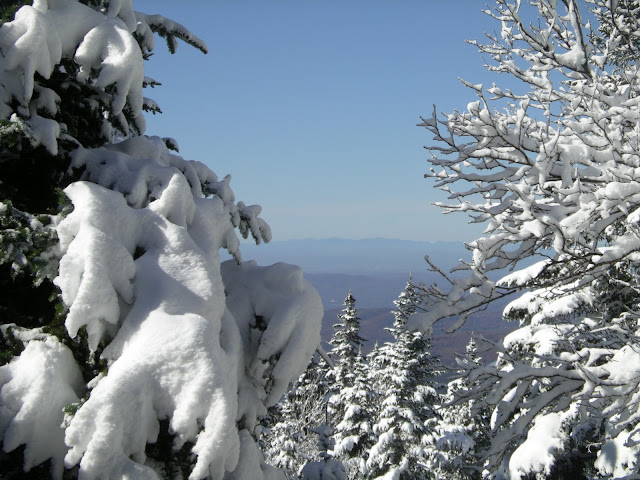